The perfect princess story that every young girl dreams of; marriage to a handsome man, chosen by her parents. His family is wealthy and influential. He is pleasant and says all the right things. A dream come true.

Traditionally raised in India and married at the age of 18 in Vancouver, Canada, Kamal, the young bride from a middle class Indian family,  finds herself in a new family with new rules: whatever happens in this marriage stays in this home, and  you are to respect and honour your husband as he is your god.

However, his demeanor  hides an ugly reality from the world.  His extreme rage and  heavy drinking become known on their honeymoon, yet she continues living with him fearing more for her family’s lives than her own.

Nothing, not his wealth nor his charm, could disguise the horror of his true nature. For Kamal, there was nothing more terrifying than the continual fury of her husband and the constant beatings, sexual torture, and threats upon her life including being doused with kerosene (and then being tossed the matches), being hanged by her own sari, and even being forced to jump into an ocean.

Her death at his hands was inevitable and she knew it. She bravely took a chance to escape, and she left her husband's family home in India, sadly without her children. While sitting in the airport, a stranger heard her crying and shared with her that a good man does love her – Jesus.

Kamal’s journey from that moment was not just away from death, but towards life. She eventually got her children back, began life anew back in Vancouver, and embraced forgiveness which freed her from the past. Mother of four and grandmother of four, her life is now full of hope and purpose.

The sari is the sentry of a woman’s dignity; it is believed that the sari is the ideal attire to camouflage the  body’s assets. But for Kamal, it was the camouflage of the painful scars on her body from her abusive marriage.

This is the story of what was hidden beneath the sari -  a black and blue sari. 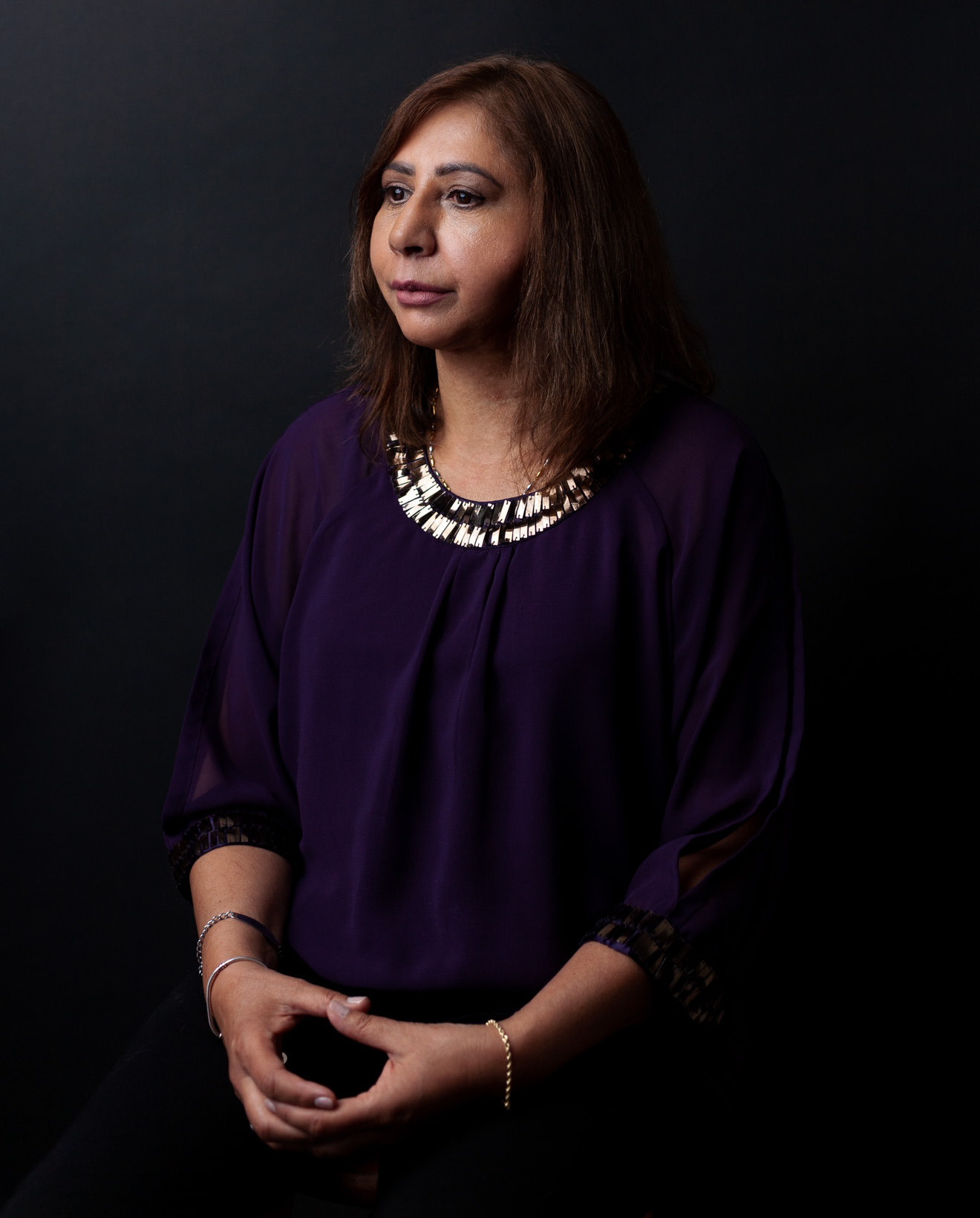 Kamal’s story resonates with many. Why? Because one in every four women will experience domestic violence in their lifetime. Since the release of her first book, Black and Blue Sari in 2009, she has made numerous appearances on both radio and TV and has been the speaker and workshop facilitator at numerous events and venues including high schools, community events and places of worship.

She speaks regularly at the Justice Institute to the New Police Recruits on Domestic Violence and at other high level conferences in Canada. She has spoken in Ottawa for the Immigration Parliamentary Committee as well as for the Department of Justice on honor-based violence and honor-based killings. Her talks have inspired Bill S-7 (with regard to “Zero Tolerance for Barbaric Cultural Practices Act”).

What is so notable about her is that her  words - her voice -  compel her to action.

My story isn’t a failure and neither is yours!
~ Kamal Dhillon

Kamal’s brave story has caught the attention of many. There is not a survivor story that compares to hers. Her suffering was incomprehensible. Yet, she is not one to be kept down. She stayed alive because of her children. She survived to give them a new life without fear. Now, she thrives, and radiates to others. She has rightly garnered the attention of many communities, receiving several prestigious honors. The awards do not mark that she is merely alive after her ordeal, they mark that she is alive and giving; giving of her time, her effort and her heart to others who need to hear her message of hope and healing. Kamal has indeed won many awards, but in her own words, her greatest award is helping people.